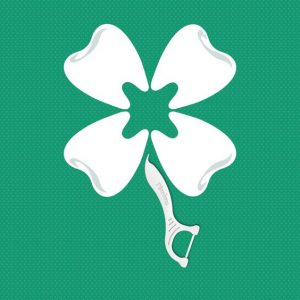 Don’t rely on luck to keep your pearly whites clean and healthy!

Dr. Goodwin recommends that you brush your teeth following the 2×2 rule:

“twice a day for two minutes each time.”

How clean are your pearly whites?
Brace yourself.

According to statistics from the Delta Dental Oral Health and Well-being Survey found on the American Dental Association’s website, more than 30 percent of Americans aren’t brushing enough (meaning length of time), and that 23 percent of adults had gone two or more days without brushing their teeth in the previous year.

With this information, many people ask: What exactly happens if you don’t brush your teeth for:

A Day: Dr. Wolff DDS,PHD (Professor and Chair in the Department of Cariology and Comprehensive Care at New York University College of Dentistry) explains that by the time you hit the 24-hour mark, a thin film of plaque (a sticky deposit on the outside of the teeth that contains bacteria) begins to form. “There’s probably no real damage done in one day, but it does start relatively early to progress,” he says, adding that bad breath sets in by day two.

A Week: “After about seven days without brushing, the accumulation of plaque becomes a little bit thicker, and at this moment, it’s probably smelling,” states Dr. Wolff. “Also, between three days and one week, we start to see the beginning of gingivitis, a form of gum disease.” In fact, the gums may even bleed a little. “If you were to touch them, they’d get red since now the gums can become irritated.” 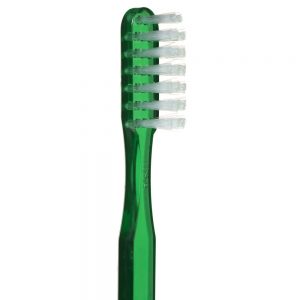 A Month: After 30 days without using a toothbrush, Dr. Wolff explains that the bacteria living inside your mouth begins the process of breaking down your choppers. “Not only will there be lots of gum redness, but if you’re eating sugary foods, there’s also an almost immediate elevation in the risk of tooth decay,” he says. “This is the time when white spots form on the teeth.” While white spots can occur for a variety of reasons (i.e. nutrition, genetics or an excessive intake of fluoride), in this case, it indicates enamel decalcification—the first visible sign of deterioration of the teeth.

A Year: By the time a person has gone 365 days without tasting toothpaste, their saliva—especially from a diet high in sugar—contributes to additional tooth decay “and holes in the teeth, secondary to the build-up of plaque.” And then there are the gums. “While the gums aren’t receding at this point, they’re extremely red and inflamed,” states Dr. Wolff. “They’re angry—they’re really angry!”
However, the extent of the damage differs according to age. The human body is designed to protect itself, “so when we see somebody do this when they’re young, they tend to get away with it better than when they’re old,” explains Dr. Wolff. “If someone 50-years-old did the same exact thing—especially if this person was ill or in an intensive care unit, let’s say—their teeth would quickly become loose and start to decay. This type of person would go to a bad place in their mouth very, very quickly.”

About Five Years: Once again, age plays a major role in how well your teeth hold up after 1,800+ days without brushing. “A young person usually gets away with it—he just winds up with some gum inflammation and some tooth decay,” says Dr. Wolff. “But an older person who has less body resistance — I don’t know of any 50- or 60-year-old who can go for one year without brushing and not suffer from very severe gum disease, where their teeth start getting loose, never mind five years!” 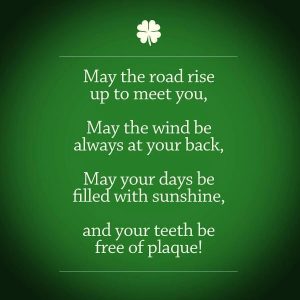 Spanish
Accessibility by WAH
Call Us Text Us